The Principle of Faithfulness 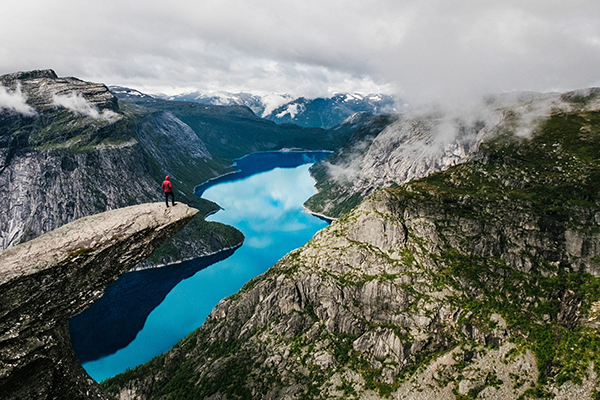 Courage is the ability to face pivotal moments in life with boldness and fortitude. Most people think of courage as a great feat performed before thousands of spectators. That rarely happens, as when David accepted Goliath’s challenge and fought him before all the army. However, most people perform feats of courage in absolute obscurity.  Sometimes having courage means we are willing to face problems squarely and not run from them. When we acknowledge our mistakes and determine to do the right thing, that is the essence of courage.

Stephen, found in the book of Acts, was such a man of courage. He lived and died with no regrets.  He lived unintimidated by those who wanted to silence him, and he remained faithful and committed to his faith to the end. When his enemies made it clear they would do whatever was necessary to suppress his voice, Stephen never flinched. He maintained his witness in the face of fierce hatred and barbaric treatment.

Luke says that Stephen was a man full of God’s grace and power (Acts 6:8). He understood God’s goodness, and it affected the way he treated people.  In fact, Stephen became a channel of God’s power and love to those around him. He generously shared with others, and consequently, lives were touched. God’s power works through his grace.

Stephen did not write the book of Hebrews, but he probably could have.  Hebrews, more than any other book in the New Testament, declares the supremacy of Christ.  It presents Christ as our savior and high priest.  Stephen announced the message of Hebrews in his talks in the synagogue before Hebrews was ever written. The Holy Spirit anointed his powerful debates. Stephen pointed to a savior who is for everyone, and his death replaces all animal sacrifices. The same man whom the Jews crucified was none other than Jesus Christ. That message met with resistance because Stephen’s arguments were solid and irrefutable, which caused more animosity toward him.

Stephen was brought before the highest court of the land and given a chance to defend himself, but instead, he only articulated even more clearly that Jesus was the savior. Stephen’s sermon was his death warrant.  He was willing to stand true to his faith because he was committed to the truth.  As Stephen finished his final words, his enemies came after him like a lynch mob.

Imagine this extraordinary scene.  Stephen’s enemies have all been sitting very piously in their places as he gave his last speech.  He never gave it in self-defense; it was instead a summation of God’s wondrous grace working in history among the nation of Israel.  As Stephen came to the end of his discourse, he indicted those rebellious leaders who rejected his message for their unbelief.  They could take no more, so they covered their ears and yelled at the top of their lungs as they rushed toward him.  His enemies then took hold of him; they dragged him out of the city and threw him down.  Each man took stones in hand to cast at him.

Every time we see Christ in heaven, the scriptures give us a picture of Jesus seated at the right hand of the father, but on this occasion, Jesus is standing.  Jesus stood up in tribute to the courageous faith of Stephen.  While they were hurling stones to kill Stephen, he never begged for mercy but instead prayed to God that this sin not be held against them (Acts 7:60).  He prayed as Christ had prayed on the cross, and he showed us how to live and die with courage.