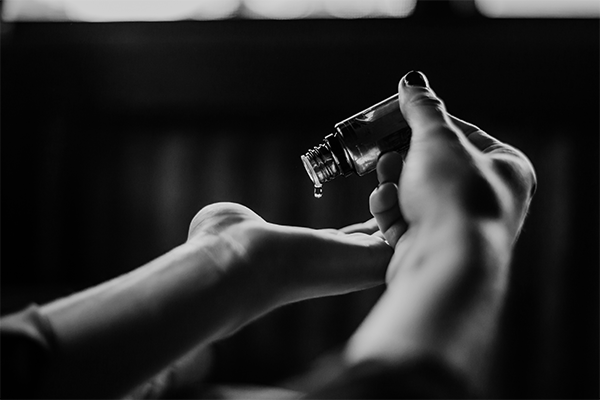 The story of Luke 7 of the sinful woman is a beautiful picture of grace. The story contrasts an admitted sinner and a man who thinks he is an example of goodness. The woman seizes the opportunity to express gratitude for the grace she has received. Simon does the opposite when he refuses to extend common courtesies to Jesus. Jesus responded in grace to the woman’s extravagant gift of love, while Simon inwardly condemned both the woman and Jesus.

Because of her overwhelming gratitude, the woman had come as an uninvited guest to a dinner that Simon was giving in Jesus’ honor. The dinner, held in a courtyard, afforded an opportunity for people to see what was happening in important people’s lives. I do not know where or when it happened, but somewhere she had encountered Jesus, and his words had gone straight to her heart. What a life changing experience that must have been—when she heard Jesus speak. His words penetrated deep inside her soul. She felt hope for the first time in her hopeless life. As a result, she repented of her sinful life and found forgiveness. Her joy knew no limits.

She came and knelt at Jesus’ feet and wept over them. What a mess she made of Jesus’ feet as her tears mixed with the dirt on his feet, and yet he loved it. With his feet so wet, she unloosed her hair and dried them. The resentment from Simon for the intrusion only increased the longer she stayed. For Simon, what she was doing was utterly inappropriate! It was offensive for any woman to loosen her hair in public. The resentment now shifted from the woman to Jesus because he did not reprove her.

Then very carefully, she broke open a jar of perfume and poured it on his feet. The fragrance represented a valuable asset since this was one way of accumulating wealth a few drops at a time. The aroma filled the courtyard, and so did the suspicion of Jesus. No one spoke aloud or even mumbled under their breath, but everyone had their ideas of what happened. Simon was shocked by the fact that she was a known sinner and Jesus did not stop her.

This woman no doubt knew guilt having lived a sinful life. She was guilty, and she had experienced the disgrace of her mistakes. However, since she had met Jesus, her guilt was gone, and the unbearable burden of shame had been lifted. Now, she freely wept without humiliation or inhibition. For the first time, she felt pure, washed by Jesus’ grace. The controlling emotion of her life was rejection, and now she felt accepted. These were tears of joy and gratitude for her redemption.

A most challenging concept for people to accept about the gospel is that it is free. We love comparing ourselves with someone worse, as Simon did. Comparisons make us feel more worthy. If, however, your debt is more than you can pay, it does not matter that it is less than someone else’s debt. God receives no currency from us. We cannot buy our way into his presence. We only get there the way the woman got there, by repenting of our sins and receiving God’s incredible forgiveness. There is such a big difference between people who have experienced the grace of God and those who have not. Those have not are harsh on others and often unforgiving. Their flawed perception of themselves causes them to believe they are good. They, like all, have sinned, but they do not believe it, because they have not experienced the grace of God. Graceless people are rigid and unforgiving, and people of grace are flexible and forgiving. People of grace, like this woman, look for opportunities to express their gratitude to Jesus.