God’s Word is Our Guide, Not Culture

From Fear to Joy 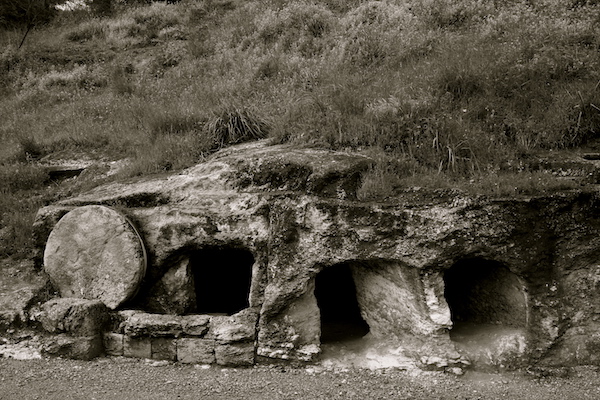 What we call Good Friday was really Bad Friday for the followers of Christ. On that day, all hope extinguished with Jesus’ gruesome death on the cross. Overwhelmed with fear, sadness, and loss, they fled behind locked doors and feared for their lives. Jesus’ abrupt end left them bereft of purpose.

On that dark Friday afternoon, two secret disciples, Joseph and Nicodemus, came out of hiding to claim Jesus’ body. Carefully, they took it down and carried it to a new tomb along with seventy-five pounds of spices. Then they wrapped the body in strips of linen, applying the spices between the wraps.  They did their work hurriedly because, with sundown, the Sabbath began. Then, early before the sun emerged on Sunday, Mary Magdalene and Mary, the mother of James, brought their spices so they could anoint Jesus’ body. They fretted about the stone that blocked the entrance to the grave, but they did not expect to find Jesus alive or the tomb empty.

According to Matthew, an angel descended from heaven, causing an earthquake, and he rolled back the stone (Matt 28:2-3), not for Jesus, but those who would inspect the tomb. Upon seeing the angel, the Roman soldiers guarding the tomb were parlayed with fear. The angel’s appearance was frightening as he sat upon the stone as if to say, “Who can hold God’s hand back?”

The women were struck with fear upon seeing the celestial being, but the angel calmed the women with his words. As they listened, their emotions changed from fear to joy and delight, “Do not be afraid, for I know that you are looking for Jesus, who was crucified. He is not here; he has risen, just as he said. Come and see the place where he lay” (Matt 28:5-6). The angel declared with authority that Jesus is alive and that he is not in the tomb. Come and examine it for yourselves, he said. He identified Jesus as the same Jesus, who was crucified. The heavenly messenger invited the women to observe the evidence “Come and see the place.” These two followers needed time to process what they were hearing and seeing.

The women obeyed the angel’s command: So the women hurried away from the tomb, afraid yet filled with joy, and ran to tell his disciples. Suddenly Jesus met them. “Greetings,” he said. They came to him, clasped his feet and worshiped him. Then Jesus said to them, “Do not be afraid. Go and tell my brothers to go to Galilee; there they will see me” (Matt 28:8-10). What was it like for those two women to see Jesus alive in his resurrected body? It had to be incredible because they fell at his feet and worshiped him and could hardly take in what they were experiencing. They came to prepare his body for burial, and now he stood before them alive. No wonder Matthew says their emotions changed from fear to great joy.

We are living out something that we have never experienced before in our lifetime. Who could have imagined a few weeks ago that the entire world would shut down? Who could have anticipated that we would be battling a pandemic that would spread fear far and wide? COVID-19 may be new, but the fear it produces is as old as civilization. The greatest fear of humanity is death. Each morning we see the death toll rise, and we feel more fear. There is, however, only one person who ever conquered death, and his name is Jesus. He was raised from the dead, and God’s Word promises those who put their faith in Jesus will also be raised from the dead. That is why we celebrate Easter!