The Principle of Responsibility 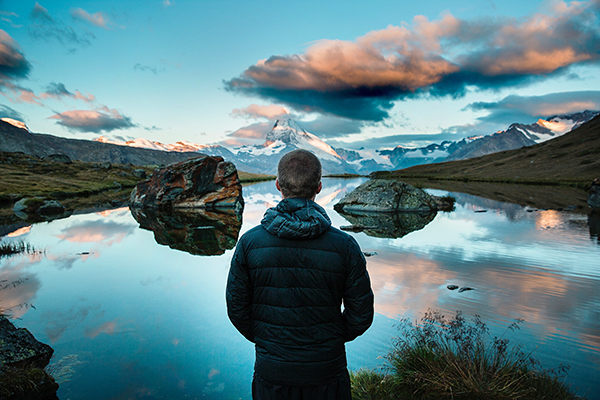 Respect is esteem for the inherent worth of a person. We have to be taught how to be respectful to others—beginning with our parents and those in authority. Respect begins with honoring our parents, which is one of the Ten Commandments. Solomon said that if we fail to show respect for the poorest among us we show contempt for our maker (Prov 14:31). Jesus defined respect in these words, “So in everything, do to others what you would have them do to you (Matt 7:12).” Paul wrote to the Ephesians, that husbands must love their wives, and wives must respect their husbands (Eph 5:33). Summed up in this verse is the ultimate secret to marital fulfillment. When a man loves his wife with unconditional love and she in return respects him, their two deepest needs are met.

If children see their mother and father treat each other with respect, they follow their example. When parents fail to show respect for each other or God, children are left in bewilderment, causing them to disrespect their parents, one another, and others. How they grow up treating each other is how they will treat their future spouses.

Our greatest respect is reserved for God who alone deserves our adoration and worship. In the book of Esther, Mordecai demonstrated this kind of respect for God. A very evil man named Haman was elevated to a position of authority, and he demanded his inferiors bow down to him. Mordecai would not do it. Haman was enraged that Mordecai would not follow the crowd and pay him homage each day. Esther saw it too and found another reason to respect her adopted father. Haman decided to destroy him, but not just him, but all the Jews. Haman looked for a way to destroy the entire race of God’s people. He lied to King Xerxes and presented him with false evidence showing the Jews were a threat to his kingdom. Haman was granted authority to execute them.

Esther was queen, so Mordecai challenged her to go to the king and intercede on behalf of her people, “Do not think that because you are in the king’s house you alone of all the Jews will escape. For if you remain silent at this time, relief and deliverance for the Jews will arise from another place, but you and your father’s family will perish. And who knows but that you have come to royal position for such a time as this?” (Esther 4:12-17). Esther accepted the challenge and went before the king on behalf of her people even though to do so could have cost her life. It is clear that Esther had enormous respect for her father, and he had that same kind of respect for her. They were God’s instruments in saving the Jews at that time.

Our children will learn to respect others if they have seen us do so. If they have felt our impatience and disregard for their feelings and desires, they will do the same with their peers. If, on the other hand, they have seen patience modeled and respect demonstrated, they will follow that model. Mordecai was the kind of father Esther could respect. Like Esther, I also had a father who earned my respect.

I laid on a low cot in my father’s hospital room. My sister had spent several nights there watching over him, and now it was my turn. I awoke at all times of the night when he stirred; I rose to attend him. I made sure the nurses and other hospital staff did their jobs. That was my dad lying in that bed, and I knew he was dying, but I wanted him to be treated with the utmost dignity. The food wasn’t the best, and one morning I asked him if wanted something different. He wanted his favorite breakfast sandwich, and I went and got it for him. Later, one of the doctors said your dad must be very special. I responded that he was. She said, “I can see the tremendous respect that you have for him.” She was right. I learned about respect from him mostly because he was the kind of man who deserved my respect.