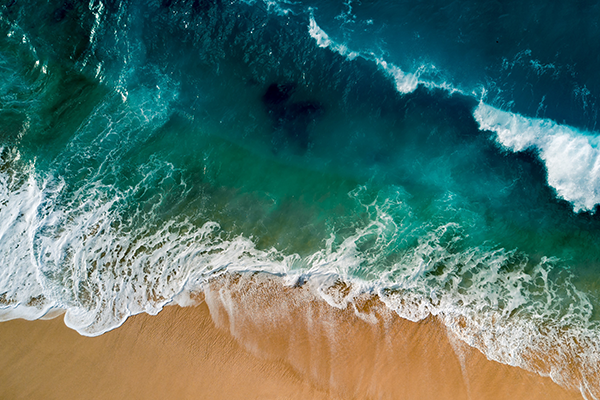 Over 70% of the earth is covered by the sea that averages a depth of 2 ½ miles. Why do we need so much salt water on this earth? The sea is God’s cleansing agent for this planet. It is his antiseptic solution to our waste that would destroy us. It cleanses and preserves our world, making it fit to live in. The rivers wash away the pollutants that we create, and the sea cleanses them. The sun heats the sea, causing only pure, clean water vapor to float up and form clouds that bring us rain. Forgiveness is that cleansing agent that clears out the emotional waste in our lives, and people who forgive are called magnanimous.

The quality of being magnanimous describes those who have a lofty spirit that enables them to bear trouble calmly. They also disdain meanness and pettiness by displaying generosity and forgiveness. It is bigness of heart versus pettiness of mind. Magnanimous people are rare because we haven’t been trained to be big-hearted. We have seen too many models that have been petty and small minded. One of my favorite magnanimous people is Abraham Lincoln.

Doris Goodwin, in an excellent book entitled Team of Rivals, tells the following story about Abraham Lincoln. In 1855 Lincoln was asked to be part of the most critical law case he had ever been involved in. He was hired to assist a very distinguished Philadelphia firm headed by George Harding, a nationally renowned patent specialist. Harding had been employed by the John Manny Company of Rockford, Illinois, to defend its mechanical reaping machine against a patent infringement charge brought by Cyrus McCormick, the original inventor of the reaper. Lincoln was glad to accept the fee and the work. Though the case was slated to be tried in Chicago, it was moved to Cincinnati. With that move, Lincoln was no longer needed, but no one bothered to inform him. He continued to prepare and showed up in Cincinnati for the trial.

When he first encountered Attorneys George Harding and Edwin Stanton, a successful patent attorney in Ohio, they treated him contemptuously. Stanton drew Harding aside and whispered, “Why did you bring that long-armed Ape here . . . he does not know any thing and can do you no good.” With that, Stanton and Harding turned from Lincoln and continued to court on their own. In the days that followed, Stanton “managed to make it plain to Lincoln” that he was expected to remove himself from the case. Lincoln did withdraw, though he remained in Cincinnati to hear the arguments. Harding never opened Lincoln’s manuscript, “so sure that it would be only trash.”[i]

Throughout that week, Lincoln was marginalized and ignored. Though Lincoln had to feel hurt and most likely a desire to leave immediately, he didn’t. When the hearing was over, Lincoln complimented Stanton’s brilliance in the courtroom. He told Ralph Emerson (a Manny partner) that he was going home “to study law.” He wanted to be better prepared to meet these kinds of lawyers when they came west.

No one would have imagined that in just five years Lincoln would be catapulted to the presidency. When it came time to pick a Secretary of War, he chose Edwin Stanton, despite his horrible behavior toward him at their last meeting. Lincoln had a singular ability to transcend any bitterness and make friends of many of his enemies because of his magnanimous spirit. As for Stanton, despite his initial contempt for Lincoln, he accepted the offer and came to love and respect the president.