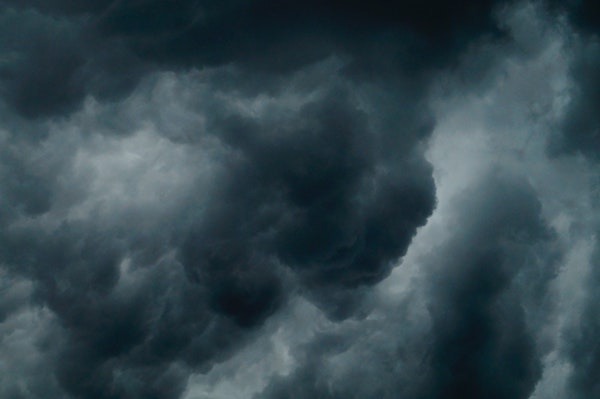 Is God big enough to keep you calm in the storms of life? Is he big enough to sustain you through times of scarcity? That was the question Elijah had to answer. The prophet declared to King Ahab of Israel that it would not rain for several years. How would Elijah live? Who would supply his food and water? At God’s direction, Elijah went to a brook to hide, and there God sustained him with food carried by ravens and water from the stream. But, as the drought took effect, the water dried up. Elijah was then commanded by God to travel to an insignificant town called Zarephath, located over 100 miles away. The Lord did not arrange for some wealthy person to provide for Elijah. Instead, he chose a poor widow-woman and one who was on the brink of starvation to be his provider. This widow-woman was a most unlikely source of sustenance. God often uses the most improbable means of meeting our needs. The narrative describes her impoverished condition as very meager (1 kings 17:10).

Elijah met the woman and asked her for a little water, and then as she was going for the water, he asked her to bring him a small piece of bread. That was an act of faith for Elijah because it was clear the woman had nothing to give. She responded that she only had a handful of flour left, and she was going to cook that for her and her son—and then there would be no more for them (1 Kings 17:12). Elijah asked her not to be afraid, but, “Go home and do as you have said. But first, make a small cake of bread for me from what you have and bring it to me, and then make something for yourself and your son (1 Kings 17:13). If she first gave to the prophet, she would experience God’s miraculous provision. If she did not, the scenario would be one of scarcity. That is what we are looking at here—a mentality of abundance supplied by God or a mindset of scarcity spawned by men. This pandemic has been an opportunity for us to trust God by putting Him first and see him supply our needs. But, it has also been an occasion to be overwhelmed with fear and engulfed with the mentality of scarcity.

Elijah promised her that if she obeyed and did this act of faith God would provide, “For this is what the Lord, the God of Israel, says: ‘The jar of flour will not be used up and the jug of oil will not run dry until the day the Lord gives rain on the land’” (1 Kings 17:14). Could she believe it? Could she trust the word of the Lord? Can we believe that God will sustain us? She did believe, and she experienced God’s divine provision, “And she went and did as Elijah had told her, and the jar of flour was not spent, neither did the jug of oil become empty, according to the word of the LORD that he spoke by Elijah” (1 Kings 17:15-16). Can we trust God to take care of us? Can we put God first when it looks like there is nothing but scarcity? Do we believe that our God is big enough to meet our challenge?

As a young person, I experienced a remarkable provision from God’s hand. I was part of an agricultural class in high school in which each of us would have 2 ½ acres to raise a crop of oats. Each of us drew numbers out of a box to get our assigned parcel. We worked together on a forty-acre field that we planted, watered, and harvested. After paying the expenses, we each could have any profit.  Shortly after, being a part of this project, I pledged some money to help buy property for a building project for my church. The amount I pledged was undoubtedly a leap of faith. As the oats grew, my section outgrew the other parcels. After everything was said and done and expenses were all paid, my profit was enough to pay the pledge I had made. The teacher was bewildered as to why my oats had grown so much fuller than the other parcels. One Saturday morning, he was telling the story to a group of farmers at a local café. One farmer asked where my plot was located in the forty-acre field. When a diagram was drawn and the plot located, the farmer said I could tell you why his oats outgrew the rest. I owned a dairy farm on that property, and his acres were located were a corral for the cows was. That was one piece of property that was so rich because of the organic fertilizer. I believe God did that, and it was no accident.